American School Valencia » VALMUN 2019 is over 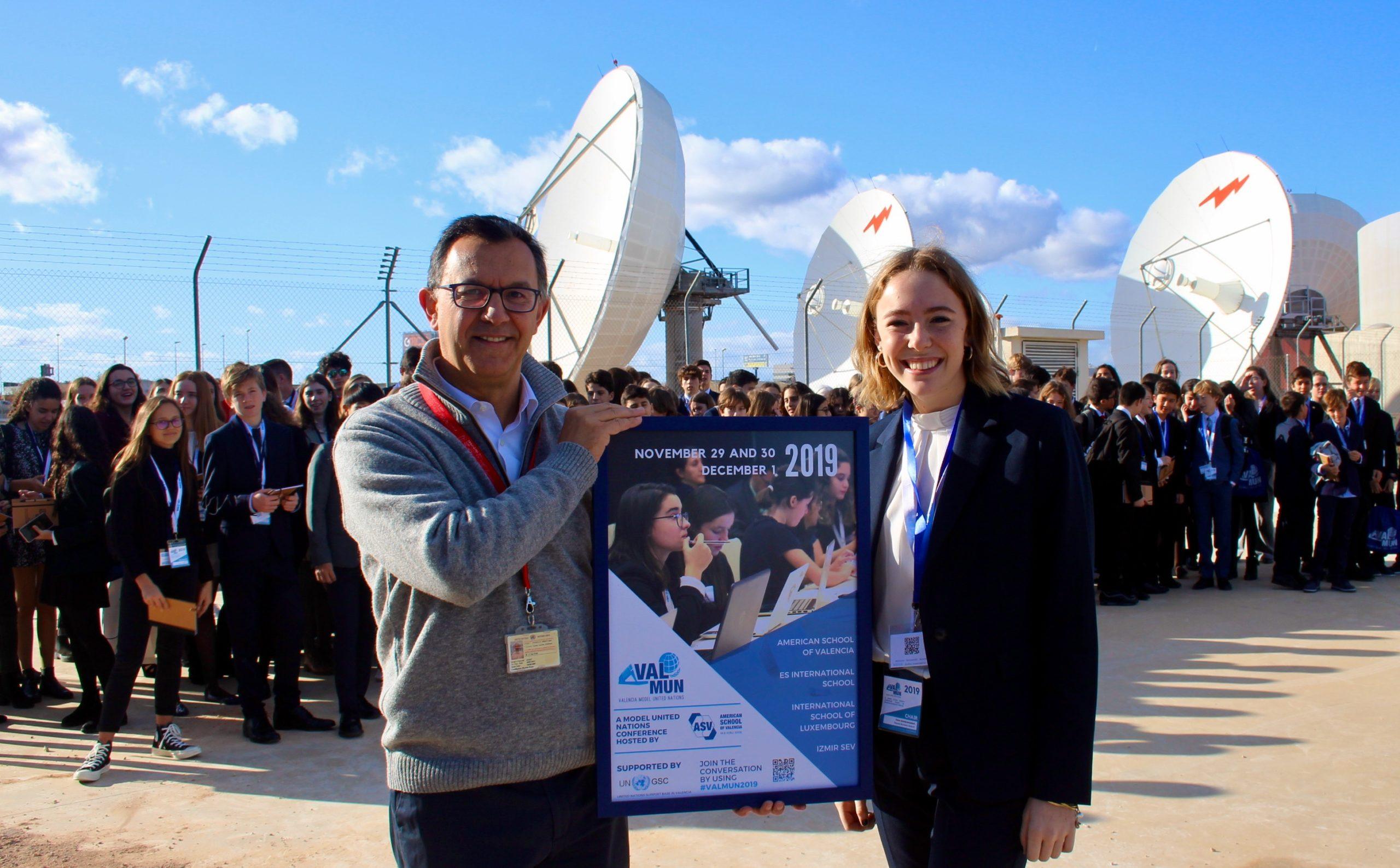 The uncertainty for the future of our children grows stronger each day that goes by. Will they end up doing what they really enjoy and stand out in it? All students who complete their compulsory studies – and even in elective courses such as training cycles, Baccalaureate or university degrees – leave with the same knowledge base as any other student in their class. Differentiating yourself from others is the challenge and a legacy that, despite our regret, we leave them. So, what is the difference between one student and another?

American School of Valencia offers its students the opportunity to empower certain abilities that are useful for their future in a professional environment such as the ability to argue and debate in public and a good knowledge of the global and interconnected world in which we live at. This is done through the Model United Nations conferences, and this past week, 130 students from four international schools searched in ASV solutions for the 21st Century challenges in the fields of economics, environmental and security council.

Our school has successfully celebrated the 7th edition of VALMUN, the ASV’s Model United Nations conference. The appointment on Friday 29 was the ‘registration’ and ‘prior work’ day and continued Saturday 30 with the Opening Ceremony and the debates in committees. The conference hosted over 120 students from four different international schools:  ES International School de Barcelona, Izmir SEV de Turquía, International School of Luxembourg and ASV.

The format of the third day presented crisis scenarios from which delegates came up with multiple responses against the clock. “Both in Saturday’s debates and in the General Assembly, VALMUN delegates demonstrate their ability to devise viable solutions that could be capable to be put into place, something that could be done in real life”, highlights this year’s Secretary General.

As any other year, the conference counted with the support of the UN Global Service Center, in Quart de Poblet (Valencia). The official facility hosted the debates of Sunday and brought a speaker to the Opening Ceremony. In addition, À Punt Noticies -Valencia’s local media- accompanied us throughout the morning on Sunday at the base of the United Nations to inform of the first discussions taking place. Link to the article here. You can check photos of the event here.

Lastly, we would like to thank those involved and who have made possible the organization of this co-curricular activity, families and those who have followed #VALMUN2019. Perhaps a few guide their professional future towards diplomacy and international relations but, beyond that choice, the most valuable thing is the involvement of all in the search for solutions to current and future problems.

Instagram Facebook-f Twitter Linkedin Youtube
PrevPreviousHappy Thanksgiving to all of the ASV Community!
NextPerformance of ASV Students in External AssessmentsNext
ASV SUMMER PROGRAM
VIEW MORE
Join Our School Community
If you would like more information, would like to schedule a tour or are ready to begin the application process, please click on one of the options below.
Schedule a Tour
Apply now
Stay connected