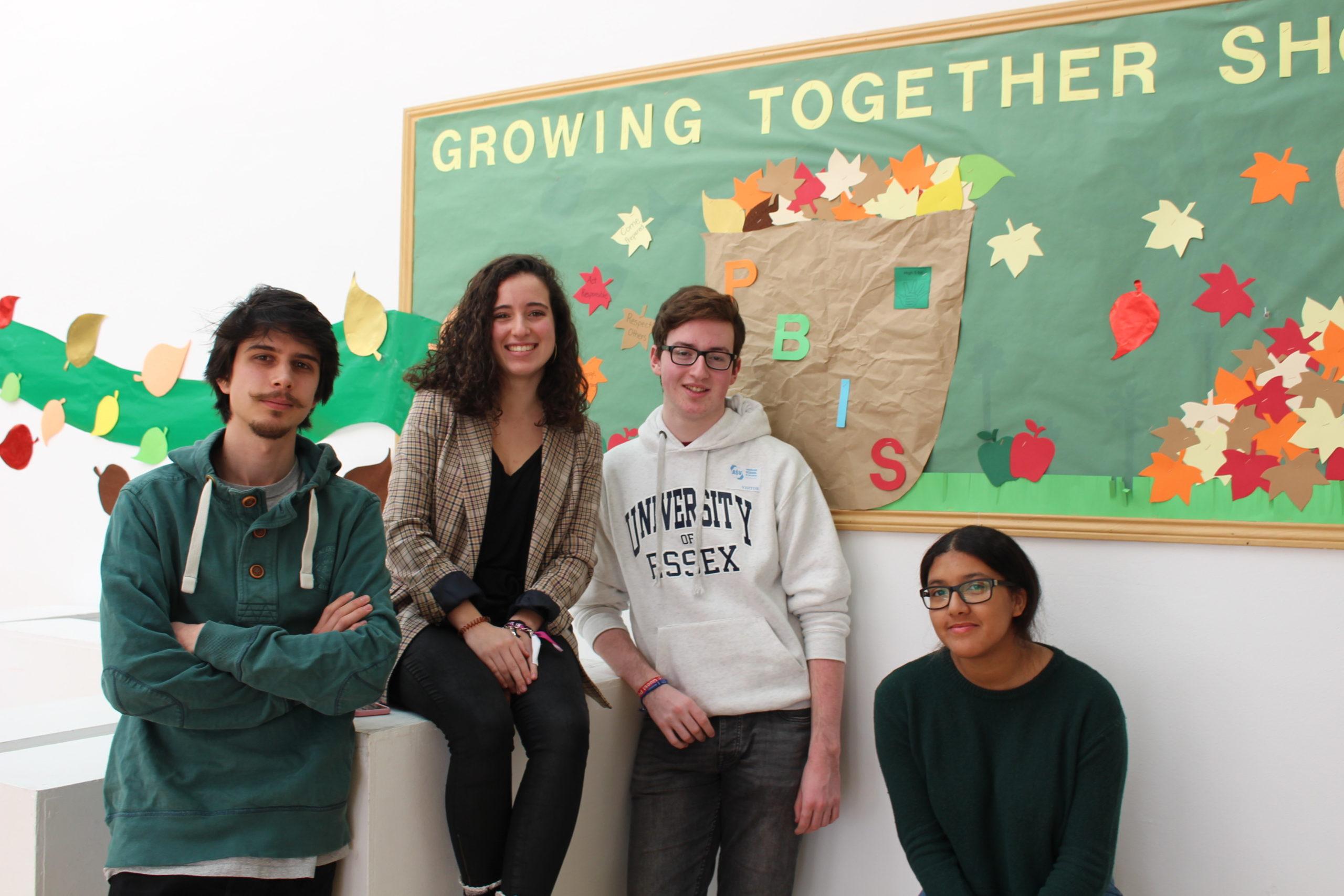 Meeting with Graduates Studying in the United Kingdom

Three members of the Class of 2018 who are studying in the United Kingdom this year, Guillermo González, Dunia Van Hulle, and Neus Forner, visited the ASV campus to join the annual encounter with alumni studying abroad. Another guest was Linden Nieto (Class of 2014), who also studied in the UK and now works as video creator in London.

The alumni event took place on Thursday, December 20, 2018 and the goal is to offer first hand testimonials of how university life is for ASV graduates. Participants prepare a slideshow for the current students in Grades 9-12 and describe how they feel the education at ASV is helpful now in preparation to study at international universities. “Studying Politics the communication skills have been a great advantage”, Guillermo Gonzalez pointed out, “because we did lots of activities that really helped us to develop public speaking and debating skills”.  Neus Forner added that the ASV global activities and a demanding IB Program were a good asset: “We are used to deadlines and working a lot at home by yourself and that’s really helping me now”, she said.

It is also great to know that some ASV graduates are having outstanding results in their university studies. We would like to share that:

Pablo Martínez (Class of 2009) has received the National Prize to the Best University Academic Record, granted by the Spanish Ministry of Education, for his grades in Business Management at the University of Valencia. Pablo (depicted here) completed in the 2014-2015 academic year a dual degree and additionally has achieved the second national prize for his bachelor’s degree in Law.

Carlos Güemes (Class of 2017) received the Best Grades Award in his first year grades in Informatics Engineering (9.62) at the Polytechnic University of Valencia.

Graduates know they may join the Alumni Association, a community which stays in touch throughout periodical newsletters and a LinkedIn group.

Regarding this social media, let us share that, as of December 2018, their users can mention American School of Valencia on their profiles. The LinkedIn search engine will identify ASV as an educational institution and will make the ASV logo there. We invite our alumni to use this new feature and share any professional achievement they consider noticeable.

Instagram Facebook-f Twitter Linkedin Youtube
PrevPreviousHoliday Activities at ASV (2)
Next2014-2015 Best University Academic RecordNext
ASV SUMMER PROGRAM
VIEW MORE
Join Our School Community
If you would like more information, would like to schedule a tour or are ready to begin the application process, please click on one of the options below.
Schedule a Tour
Apply now
Stay connected