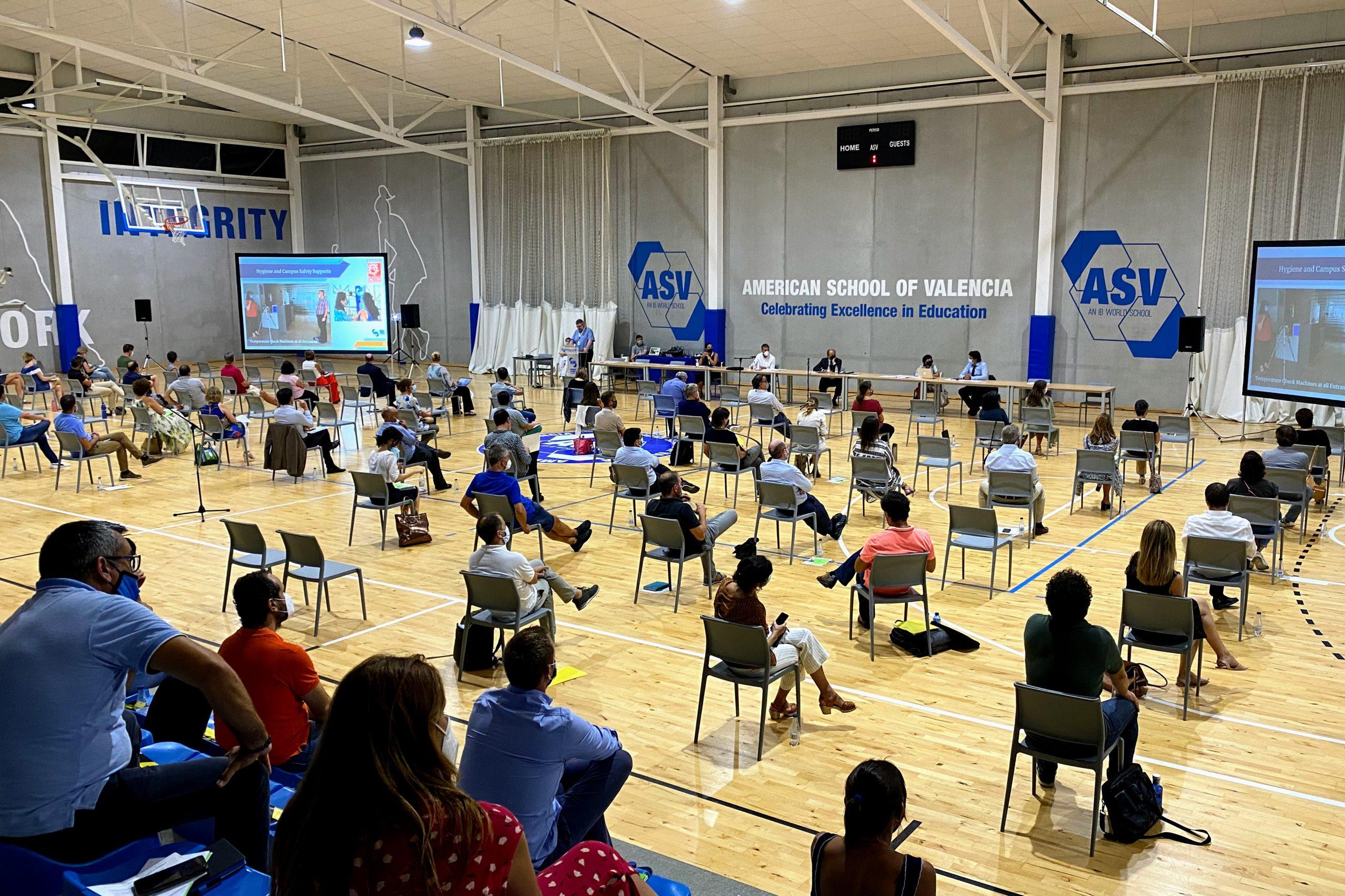 Informative Summary of the ASV General Meeting of Shareholders

The ASV Athletic Center hosted on Wednesday, September 16, 2020 an extraordinary general meeting of shareholders of the Colegio Hispano-Norteamericano, a commercial company formed by the parents who are shareholders of the school. The meeting, already announced in previous bulletins, had a participation of 47.74% of the capital stock (combining shareholders present and proxies) and exceeded the quorum necessary to be held on the first call.

The order of the day included the presentation  of an academic report and another economic-financial one. In his first speech before addressing these issues, the president of the board, Javier Sánchez, thanked the involvement of parents, teachers and the rest of the staff in recent months and apologized for any errors that may have been made.

The aforementioned reports offered detailed information on the impact of the COVID-19 pandemic and the actions carried out by the school during the closure phase due to the State of Alarm, during the partial reopening in the de-escalation and during the time used to plan the 2020-2021 academic year.. Questions or clarifications requested were answered in two different shifts, one for academic issues and the other after the financial report

The third item on the agenda was the election of new members of the Governing Body to fill five vacant positions. A vote was held for each of the seven candidates and, after the count, the shareholders Mar Martínez, Eleonora Vatral, Alicia Villanueva, Israel García Rico and José Miguel Hernández were appointed. Candidates Rafael Alcón and Luz Cocina obtained fewer votes and were not elected. However, both from the presidency and by several members present, they were offered their incorporation as an invited candidate for the board.

During the two shifts of speeches, there were some shareholders who expressed their disagreement towards the performance of the governing body in recent months. “It is evident that in such a large group there are always those who are in favor, and those who disagree,” says Javier Sánchez, “and the Board of Governors  reiterates its gratitude to the school community, apologizes for  everything that is necessary and calls  for everyone’s collaboration so that we can successfully overcome a very complex academic year.”

Instagram Facebook-f Twitter Linkedin Youtube
PrevPreviousNew Staff Orientation and Faculty Work Week
NextPreschool and Elementary Students Enjoy their New RoutinesNext
ASV SUMMER PROGRAM
VIEW MORE
Join Our School Community
If you would like more information, would like to schedule a tour or are ready to begin the application process, please click on one of the options below.
Schedule a Tour
Apply now
Stay connected