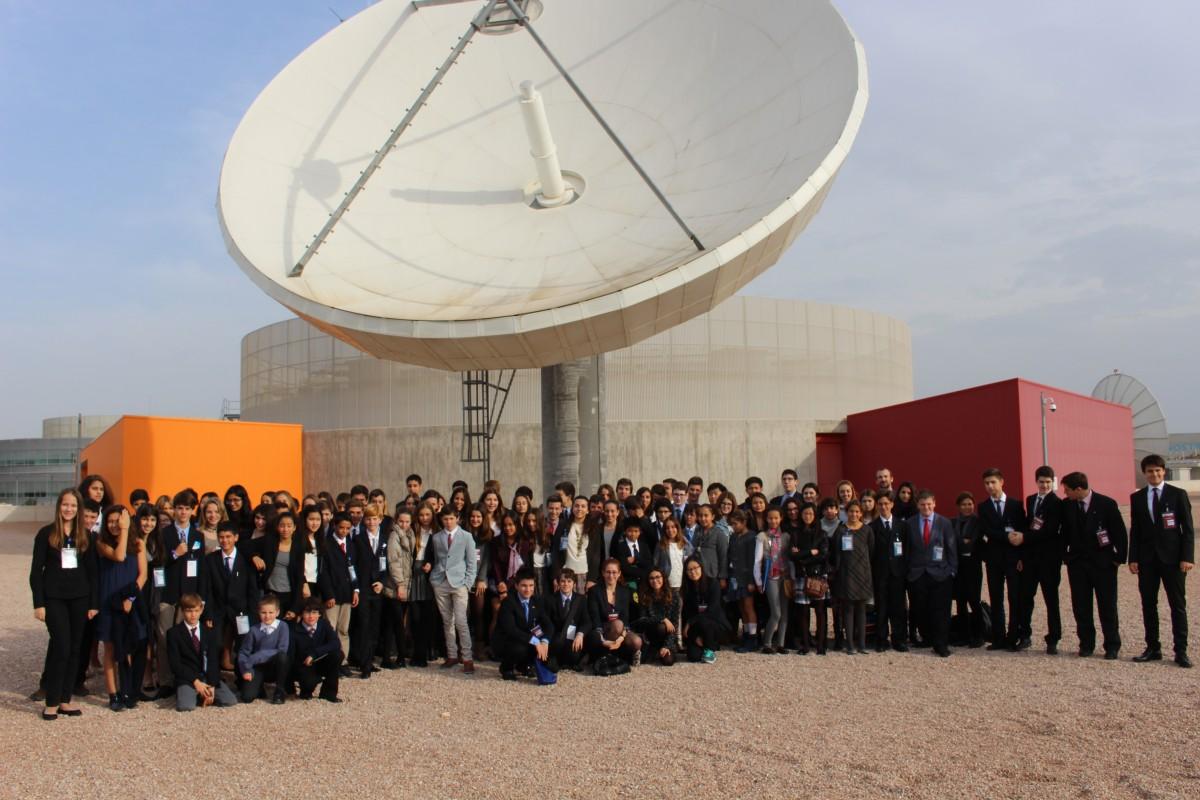 From November 21 to 23 American School of Valencia hosted the conference VALMUN 2014, an academic simulation of the United Nations. For three days one hundred students coming from schools in Valencia, Madrid and Oporto, as well as the ASV Delegates, acted as diplomatic representatives discussing resolutions on issues such as the situation of refugees in Middle East, the rise of militias and terrorist groups in central Africa and the impact of new technologies on global security.

VALMUN 2014 had four different committees (Environmental, Human Rights, Disarmament and Security Council) in which delegates discussed two preassigned topics. VALMUN General Secretary Francis García explained that “each country should come to the conference with something written down that pretty much it is what that country believes in about that issue. Then they had to negotiate and compromise in order to form a union between countries so the resolution could pass and a solution for the topic could come true.”

By participating in VALMUN, students in grades 8 and 9 had their first experience in an MUN conference and they usually need some time to master the proceedings. “The first stage during lobbying you could see certain students staying with their schools, or the people they know, in this comfort zone”, Francis García described. “Eventually, especially Saturday afternoon, more students were raising their hands, they wanted to make their points.”

Useful skills for High School and University
VALMUN aims to educate students about international relations, diplomacy and the UN agenda. According to Francis García, students earn important skills like “how to research, how to speak publicly, how to come up with creative solutions to different problems. Sometimes a 7th grader is not required to do that during the school.”

ASV Teacher and VALMUN coordinator Ms. Susan Belmonte added that “ASV delegates were very impressed with the other schools and their preparation and I think that in the future, with this experience, they will work very hard for MADMUN or eventually THIMUN when they are in 11th and 12th grade.”

Mr. Ismet Traljic, Chief of Service Management of the UN Support Base in Valencia, was the keynote speaker of the Opening Ceremony scheduled on Saturday, November 22, 2014 at 9:30. On Sunday morning the delegates visited this base and learned about the role the technical support offers to all the UN missions around the world.

Instagram Facebook-f Twitter Linkedin Youtube
PrevPreviousFamilies with children in Elementary School attend the first edition of ASV+ Sport Day
NextMeet the Student Council and their plans for 2014-2015Next
ASV SUMMER PROGRAM
VIEW MORE
Join Our School Community
If you would like more information, would like to schedule a tour or are ready to begin the application process, please click on one of the options below.
Schedule a Tour
Apply now
Stay connected